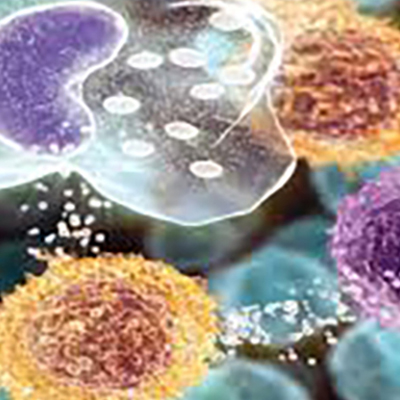 On March 30 and May 25 2019 we organised two patient meetings at ErasmusMC Rotterdam to inform patients, their families and others about MOODSTRATIFICATION. The first meeting was attended by seventeen people, the second by thirty one people. Attendants were mostly patients with a combination of an autoimmune disease (like Hashimoto or diabetes type 1) and a psychiatric diagnosis like depression, bipolar disorder, schizophrenia or autism. Some of them were accompanied by their partner, parent or friend. Besides them some mental health care professionals and medical students attended the meetings.

After a short introduction of every attendant prof. dr. Hemmo Drexhage started with a brief history of psychiatry, followed by an inspiring summary of recent research results about the biochemical (and in particular the immune) origin of psychiatric disorders. Visitors were very interested and also had a lot of questions. We are working on a web page with ‘Questions & Answers’ to add on this website later on.

The origin of psychiatric problems is most of the time an unfortunate combination of genetic vulnerability and environmental factors. There is no such thing as ‘the’ origin process and the challenge is to find out what process is responsible for the psychiatric problems in each individual. This is not an easy puzzle, since thousands of molecules from different biological systems are involved: from the endocrine system (hormone-system), the neurological system (the brain), the immune-system and the microbiome in our guts.

In the MOODSTRATIFICATION project we investigate the origin of major psychiatric disorders (such as major depression, bipolar disorder and schizophrenia) focussing on abnormalities in the immune system, which have their consequences for brain development and function. You can take a look at a basic version of our present dynamic model (build on the outcomes of our studies) on the origin of mood disorders and immune comorbidities on this page.

A few examples of what we investigate in our research project:

We consider psychiatric symptoms to be the result of an imbalance between immune cells, the compounds produced by these cells, neurons and hormone producing cells. A normal interaction between these cells (via interacting signal molecules) is required for a proper development of the limbic system in the brain. The limbic system regulates adequate responses to stress. The interaction system is often referred to as the immune-neuro-endocrine system (endocrine=hormone). An abnormal interaction within this system results in developmental problems in the brain, leading to a biological (and thus mental) failure of the body to adapt to or cope with stressful situations. This can then lead to depression, mania and abnormal perception of reality.

We also know that autoimmune diseases occur more often in psychiatric patients, about three to four times more than in people without a psychiatric disorder. We assume there is the same underlying miscommunication in the neuro-immuno-endocrine system that causes both the immune problems and the psychiatric disorders. Though this miscommunication is seldom the result of one genetic or environmental abnormality, we have to keep that in mind: there is no such thing as a ‘depression-molecule’ or an ‘autism-gene’.

Research teams all over Europe are working now in MOODSTRATIFICATION (and the former projects MOODINFLAME/PSYCHAID) on new generations of brain scans and blood tests to measure abnormalities in immune cells in the blood and abnormalities in the brain. In our project we learn a lot about the different characteristics of immune profiles of patients with bipolar disorder or severe depression. We are developing new blood tests to measure the different disturbed immune profiles. We hope that in the future it will be possible to provide immune therapy based on a specific immune abnormality, as a treatment for that part of the psychiatric disorders that have an origin in the immune system.